On a anniversary of a loved one's death, the PC goes to the gravesite only to find that its been disturbed, 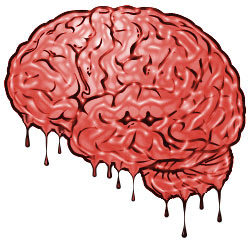 when he or she goes to file a complaint with the keeper of the cemetery the secretary, file clerk. is the person they went to mourn in the first place.
Possible plot twists
(a) The Caretaker is a Bokor who is using the cemetery as a breeding ground for his undead army.
(b) The Loved one wasn't dead at all, but in a coma and was saved at the last minute by the caretaker
(c) The secretary is a replica of the original