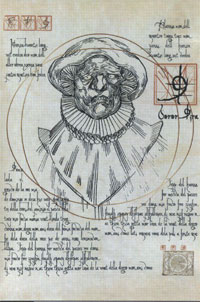 
The Bound Woman is the ghost of Susan LeGrow, a girl with wealthy parents. Susan had a penchant for dating one boy and cheating on him with another. This left a long trail of broken hearts. During her senior year in high school, she dated the star football player Chet Walters. On the night of her school prom, Chet found Susan with another boy. The next morning, the boy was found dead and Susan was missing. Her body was found buried at the 50-yard line of the school football field. Chet was convicted and sentenced to death. Right before his execution he said, “The bitch broke my heart so I broke her neck”. Her ghost is hanging suspended wearing her prom dress with her arms tied.
Posted by Timothy Goss at 8:39 AM