Happy Thanksgiving, the reanimated dead post! Happy turkey day to all and to celebrate this season of the slaughter of tasty birds I would like to take a short journey into ROTWORLD with this week's offering of zombie goodness (and a large sampling of cranberry jelly )
House of the dead : a stage one outbreak is reported at the Cuesta campus in arizona  and the players are sent in to find and identify patient zero of the outbreak before the military sends a missile strike to cleanse the area.
The Crazies :A truck carrying containers of trioxin 43d overturns spilling the contends of the containers into a local water reserve in the town of hamlet, north dakota.Those that drink from the tainted water suffer from trioxin poisoning go insane then die only to reanimate shortly afterwards. The players are a handful of people for whatever reason is immune to the trioxin poisoning or they didn't drink the local water. They have two tasks
(1) Survive the Zombie Horde
(2) Find out the cause of the outbreak. 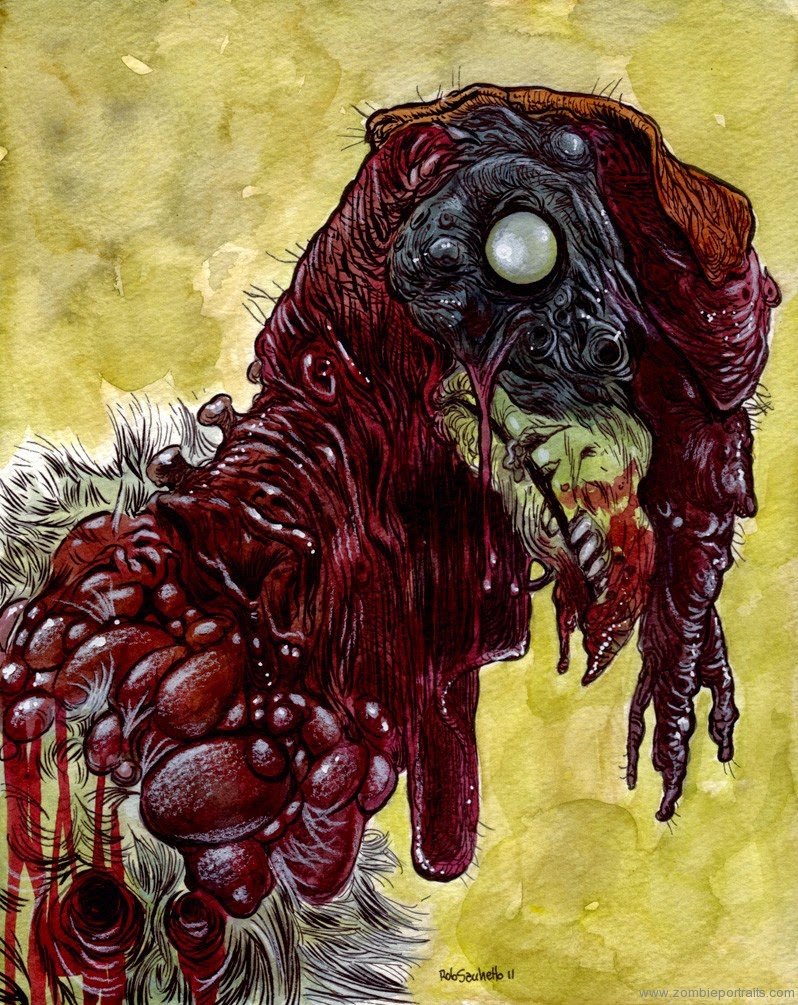 
It was bound to happen, with the countless slaughter of the innocent turkey that the spirits of the turkeys that were slain in the name of dinner would rise from the unknown looking to spread fear and gain what revenge they can in a short matter of time before they lose interest and move on...
Weakness - unlike any other zombie, a called shot to the head will bring not down a zombie turkey. In order to kill a zombie turkey, a called shot to the wish bone is needed to bring down this foul creature.
Posted by Timothy Goss at 7:04 PM